Leading cryptocurrency exchange Bitget has recorded over 200% growth for digital assets’ trading volumes in the India market since its launch in early May ’22. With over 8 million users worldwide, Bitget has managed to capture a significant share of the South Asian market resulting in increased registrations from retail users.

Bitget’s performance has accelerated its positioning amongst other derivatives exchanges, ranking from top #20 to its current position #5 on Coingecko. It has captured over 500% growth ($600M to $5 Billion) in its trading volumes globally.

Supporting the cause of social trading Bitget has onboarded professional Indian traders for copy-trading on the platform, trades can be ‘copied’ by new users entering the crypto space to gain better exposure. This feature has helped the organisation record one of the highest growth rates in 2022.

“Bitget is a great platform for novice and professional users. Its tremendous growth and increased security has driven it to attract a multitude of crypto-investors,” says Pushpendra Singh, professional trader using Bitget.

“Crypto community members tend to trust exchanges that put in efforts to give more back to the community and Bitget does exactly that,” he added.

Since the collapse of giant crypto firms, the industry has been under scrutiny. To help users build trust Bitget launched its Proof of Reserves Page as a full-reserve exchange which helps users to real-time check the safety and security of their assets.

Bitget’s growth is also reflected in its internal progress. The team grew from 200 people to over 800-strong workforce in less than a year. In 2022 Bitget launched a series of initiatives to boost confidence in a declining market with the $5M Builders Fund for people affected by FTX, it increased asset security with a ‘Protection Fund’ of $300M. In addition to this, a major marketing campaign starring Messi’s brand film ‘Make it Count’, and World Cup-themed activities was launched with a giveaway upto 1 million BGB, along with Messi’s autographed jerseys, and a seed NFT collection drop. 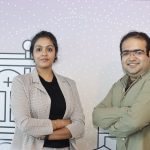