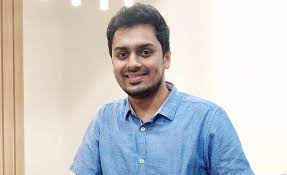 Pulkit Saboo has joined FloBiz as Director of Marketing. FloBiz is a leading fintech firm and neobank for rising Indian SMBs. Pulkit has extensive marketing experience, having previously worked for Ola for India and foreign markets, Aditya Birla Fashion & Retail, and SABMiller. Pulkit began his career as a software developer at Infosys with over a decade of expertise. Pulkit is also a graduate of Ahmedabad’s Mudra Institute of Communications (MICA).

Pulkit’s new role at FloBiz will see him develop and implement the company’s brand and marketing strategy. He’ll also lead relationships and collaborations with a varied ecosystem of stakeholders, as well as curate unique experiences for SMB partners. Pulkit will also be in charge of the brand and marketing functions’ creative and strategic thinking.

Commenting on his appointment, Pulkit Saboo said, “I am thrilled to join the leadership team at FloBiz. The time could not have been more opportune than now for FloBiz to start this digital revolution for the SMB segment. With the deep understanding of SMBs’ expectations & pain points, we are poised to change the way of age-old business operation practices through a superior product offering. We are on a mission to deliver an unmatched experience to businesses making their digital transformation journeys. I look forward to challenges and exciting times ahead.”

Rahul Raj, CEO and Founder of FloBiz, said, “Pulkit is an experienced marketing professional who has led high performing teams and delivered some of the most memorable campaigns for major brands across categories. I am confident that under Pulkit’s leadership, we will scale newer heights as we enter into neobanking space and build deeper inroads into SMB space across cities and regions throughout the country.”

Earlier, FloBiz had announced an association with National Award winner Manoj Bajpayee as the brand ambassador and launched the campaign #BusinessKoLeSeriously with three video films. The fast-paced growth trajectory of FloBiz has resulted in two back-to-back fundraises for the company this year – $31 million Series B led by Sequoia Capital India and US-based Think Investments in September 2021 and $10 million Series A led by Elevation Capital and existing investors in March 2021. The company is also looking to further strengthen its engineering, product, and data teams as it continues to develop and introduce more features on myBillBook. 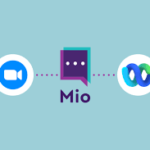 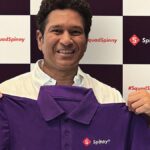