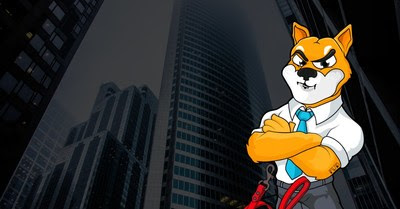 Shiba Inu Might Rise Significantly in Early Next Year

News Reportz Latest analysis of Shiba Inu, Solana, and EGC in 2022. Shiba Inu has had its fair share of beating the last couple of weeks. The dog-themed token is now trading at almost 1/3rd of its all-time high of $0.0008719, or better said, Shiba Inu dropped about 65% in value. However, there is light on the horizon for Shiba Inu, and it could be as soon as early 2022.

Ever since 2017, there is always a general sell-off of cryptocurrencies during this time of the year. This counts for Bitcoin and all other altcoins and tokens. This has mostly to do with taxes, as many traders and investors plan to harvest tax losses just before the end of the fiscal year.

The big drop in price we see with Shiba Inu has pretty much likely to do with this year-end selling of cryptos for tax reasons. Like every year, we expect almost all cryptocurrencies, including Shiba Inu, to rebound and gain upward momentum again. At the time of writing, Shiba Inu was trading at $0.00003427, with a drop of 11% over the past week. Currencies like Dogecoin also significantly dropped this week.

Another new crypto cited as the next Shiba inu by analysts because of its revolutionary tokenomics is making big moves this week. EverGrow (EGC) crypto, launched in September 2021, is considered the fastest growing cryptocurrency of its kind, automatically rewarding holders 8% of every transaction in Binance Pegged USD ($BUSD). According to BSCscan, the crypto launched 12 weeks ago already has more than 119K token holders. With the recent announcement from the team regarding the Beta launch of utilities which includes NFT lending platform, Content Subscription platform, and Play-to-earn games, the crypto could see some big uprising.

Considering the price of Shiba Inu, When we take into account on-chain metrics, we see that 54% of all SHIB holders are in the money now and that 78% of all Shiba Inu token holders are to be considered large holders. According to holders’ composition by time held, 87% of them hold for between 1 and 12 months. So what we can conclude is that the sell-off we are seeing now is just a matter of seasonal trading and that the bulls will most likely start to show up early 2022 or when Shib drops even lower to buy some more tokens at a discount.

We also mustn’t forget that Shiba Inu’s market cap, although being a whopping $17,25 billion in size, is way smaller than Ethereum or Bitcoin market cap. This means that Shiba Inu is more likely to have higher volatility, which could be why we have seen Shiba Inu drop so much in value in the last couple of weeks. For Shiba Inu bulls, the positive thing here is that the upside potential is also way more significant, and those invested in Shiba Inu can expect a higher return on investment than other (major) altcoin bulls.

As for today’s SHIB trading, we already see that Shiba Inu is preparing for a big ascent as it’s getting closer to an important line of resistance at $0,00003902. If Shib could find solid support at this level, we can expect a climb of over 40%, testing it high of November 30 of $0,00005435.

Although there will most likely be some bumps on the road at its 50-day SMA of $0,00004099, for example, enough buying pressure could easily break this and send Shiba Inu upwards, starting 2022 in the green for most SHIB investors and traders.

Solana, The next potential Ethereum, achieved over 45,000% growth during 2021. Solana’s blockchain technology means quicker, cheaper transactions, and this project represents a direct threat to Ethereum. 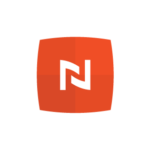 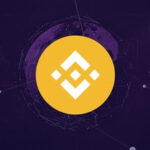