Rooter, a game streaming and e-sports platform, announced on Wednesday that it has raised $25 million (Rs 185 crore) in a Series A fundraising round headed by Lightbox, March Gaming, and Duane Park Ventures.

Piyush Kumar and Dipesh Agarwal founded Rooter in 2016. The startup claims to engage fans with user-generated live audio and video content across a variety of sports in at least ten Indian languages. The company switched to its current model of mobile-focused game streaming in 2020, and it now has over 8.5 million monthly active users and more than 30 million downloads in the Indian gaming sector.

India is anticipated to have 700 million gamers by 2025, according to a survey released by RedSeer and Lumikai.

“Rooter has been growing at a blistering pace over the last 18 months in tandem with the ballooning mobile gaming market in India, and this fresh infusion of funds by such marquee domestic and international investors only validates our work,” said Piyush, Founder, and CEO of Rooter. “Our community of streamers has been witnessing amazing engagement on our platform, which has allowed us to increase our revenues in the last six months. Dipesh and I look forward to working with our supporters to make Rooter the largest gaming company in the country within the next two years.” 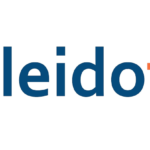