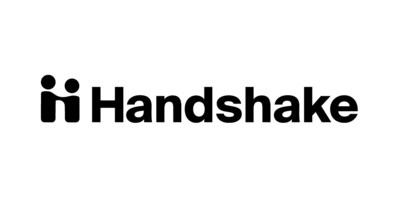 Handshake, the largest early career network, today announced a Series F round of $200 million at a valuation of $3.5 billion—more than double its valuation in 2021. The round, led by Coatue Management and Valiant Peregrine Fund with participation from Base10’s Advancement Initiative, among other investors, reflects unprecedented demand amidst a generational shift in the way people start, jump start, or restart their careers.

“Millions of people, particularly those just starting out their careers, have been left behind by a purely networking-based approach to discovering talent,” said Garrett Lord, co-founder and CEO of Handshake. “Our growth reflects a realization from the world’s largest employers that they can no longer afford to leave talent on the table by tapping known ‘connections’ and following a traditional recruiting playbook.”

Unlike traditional professional networking sites, Handshake helps students and alumni build new relationships and skills, instead of just making connections to people they already know. Through virtual career fairs, 1:1 video chats, and direct messaging with recruiters, over 1.7 million relationships were forged between employers and candidates on the platform last year.

As a result, more students are using Handshake than any other platform to build relationships with employers. According to a recent Handshake Student Trends Survey, 37% more students used Handshake to build relationships than LinkedIn and 106% more than Indeed. That’s why employers like Google, GE, Nike, Bank of America, and Target, along with thousands of public school districts, healthcare systems, nonprofits, and even sports teams like the Los Angeles Dodgers are using Handshake to proactively find early talent from all backgrounds.

To meet demand, Handshake doubled its headcount to 500 people in 2021, including several senior executive hires. This month, Valerie Capers Workman, VP of People and Associate General Counsel at Tesla, joined Handshake as Chief Legal Officer, while Dr. Michael L. Lomax, the President and CEO of UNCF, recently joined its Board of Directors.

The investment from Base10 Partners will create “The Handshake Scholarship” as part of Base10’s Advancement Initiative, a $250 million growth-stage fund that donates half of the fund’s carried interest to create scholarships for students at Historically Black Colleges and Universities (HBCUs). In addition to these scholarships, Base10 will collaborate closely with Handshake to pair internships with students and new graduates from HBCUs, 60+ of which currently partner with Handshake.

“Through the Advancement Initiative, we seek to partner with leading high-growth technology startups that share our purpose-driven focus. Handshake is a particularly exciting partner for us because increasing access to meaningful post-grad opportunities is fundamental to the company’s mission,” said Adeyemi Ajao, co-founder and managing partner at Base10 Partners. “We could not be more grateful to be working with Handshake to create scholarships for thousands of students at America’s HBCUs.”

Handshake will use the new capital to deepen how it helps students build relationships and skills, including new ventures to help students earn the credentials and job-ready skills for today’s most in-demand careers. Funds will also be used to expand Handshake’s footprint in the U.S. and internationally, while carrying out its ambitious mission to dismantle outdated recruiting practices that often exclude candidates from underrepresented backgrounds. 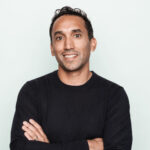 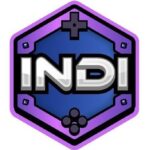