Founded in March 2021 by the sister-in-law duo – Kalpana and Uma, Jhaji Store is a women-led D2C startup that sells traditional homemade pickles from Darbhanga district in Bihar through their eCommerce store. Jhaji Store offers over 15 different varieties of traditional homemade pickles free from artificial colours, preservatives, and other synthetic chemicals all made locally.

“People in Mithila have traditionally enjoyed pickles since forever. Some flavors and ingredients are unique in this area. Over the last 30 years, my sister-in-law and I have been making and sending these pickles to friends and family everywhere from New Delhi to New York.” said Kalpana, Co-founder Jhaji Store. “Therefore, in October 2020, Uma and I started the Jhaji store to celebrate Mithila’s authentic taste and its food culture all around the country and the world.

Jhaji Store’s unique Mithila pickles were an instant hit among their consumers, and they sold to over 2,500 customers within the first four months of starting the company. Inspired by their initial success, Kalpana and Uma also participated in Shark Tank India to raise capital for expanding their business.

They asked Rs. 50 lakhs in exchange for 10% equity in the business, but none of the sharks were interested. This is when Velocity – India’s largest revenue-based financier approached Jhaji to offer growth capital.

Talking about the financing, Uma said, “We are extremely excited to raise capital from Velocity. The team reached out the next day after our Shark Tank pitch aired on Sony TV, and was quick to give us an indicative offer on the same day. The terms were simple enough for Kalpana and I to understand, and as a result, we finalized them within 5 days. We’re glad to find the capital that will fund the next part of our journey, without diluting any equity.

“Since the show has aired, it’s been an almost magical experience. There has been a massive surge in demand for our pickles from all over India. The money we’ve raised from Velocity will help us fulfill orders and free up the money we can invest in launching new product lines and ramping up production.” she added.

JhaJi Store is an honest and conscious business that employs underprivileged women and men, who have seen their family income triple in the few months they have been working with JhaJi. The business also spends 2% of its revenues directly towards the cause of girl child education.

As per a recent study by YourStory, less than 6% of Venture Capital funding goes to startups with women co-founders. Throug its objective, data-backed approach, Velocity aims to eliminate this bias from investing. Velocity already funds more than 5x women-led startups than Venture Capital.

Speaking about the round of financing, Abhiroop Medhekar, Co-founder & CEO of Velocity, said, “We were impressed with the clarity of purpose and determination which Kalpana Ji and Uma Ji have showcased in their entrepreneurial journey so far. We started Velocity with a firm belief that it shouldn’t be so hard for good business to get funded. Velocity strives to democratise access to capital for all founders, regardless of their educational pedigree or geographical location. We make financing decisions purely based on the veracity of the business model as evidenced by a business’s online data.”

Velocity.in, a Bengaluru-based fintech, is India’s largest revenue-based financier. Over 1,500 e-commerce businesses have signed up with Velocity since it commenced operations in early 2020. With over Rs 1,200 crore of fundable revenues connected to Velocity’s platform, the fintech has already processed 350 investments across 250 companies. 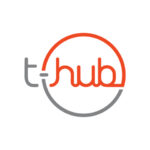