Stella, a San Diego-based organization that equips, champions and funds women-led startups, has reached a momentous milestone by helping to connect women-led startups with $71 million in funding in 2021. Building on this momentum, the organization is broadening its investor network by launching a five-city Oxytocin Tour which kicks off on March 10, 2022 in Austin, Texas.

The organization’s exclusive network of accredited investors, called Stella Angels, invested $1.3 million via direct investments and indirectly via syndications and crowdfunding. Through its annual events Women’s Fast Pitch and Women’s Venture Summit, and its advisory services and accelerator program, it facilitated another $69.7 million in funding for women-led companies nationwide, for a collective total of $71 million. The organization also celebrated a successful exit for one of the startups it supported.

“Stella is building a powerful network of sophisticated women who support and invest in female-led ventures because they have a proven track record of performance, ROI and improving communities,” said Lauren Rowley, chief investment officer for Stella. “We are creating connections and bridging funding opportunities between diverse investors and brilliant female founders, and are continuing this work through our inaugural Oxytocin Tour.”

One of the woman-led companies that received investment is San Diego-based Hydrostasis, which is developing personalized and actionable hydration monitoring solutions that can detect both fluid intake and loss prior to the onset of thirst. The company’s founder, Dr. Debbie Chen, holds a hydration monitor patent for the business, placing her among the 4 percent of women-only-inventor patent holders.

“Watching a community-based tech company like Sēkr since its launch, it was an honor to invest in a BIPOC & LGBTQ+ leadership team as my first investment,” said Stella Angels member, and investor, Renie Leakakos. “We are building a legacy for women and girls.”

The banner year for Stella signifies an increasing awareness of the importance of writing more checks to women-led companies. Over the past three years, approximately 2 percent of VC funding has gone to women-led startups. Stella’s leaders hope its five-city tour will lead to deals that grow this percentage. 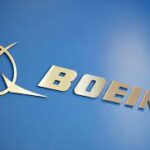