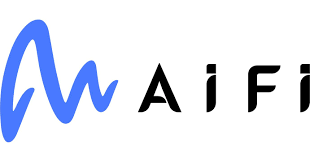 AiFi, the most flexible AI platform that enables retailers to affordably deploy and scale autonomous shopping solutions, today announced a $65 million Series B funding round with participation from ALDI South Group, Żabka Group, REWE, Verizon Ventures, and Qualcomm Ventures LLC, among others. The strategic investments from our retail partners reflect a commitment to scale with AiFi after successful platform integrations and positive customer feedback. This round, which brings AiFi’s total funding to $80 million, will primarily be used to expand the company’s technical team to cater to the surging demand for AiFi’s solution.

“The pandemic heavily influenced consumer preferences, including the need for quicker, more seamless shopping experiences. It’s become clear that shoppers are ready for autonomous retail and AiFi is here to deliver,” says Steve Gu, AiFi CEO and co-founder. “We relentlessly improve our AI algorithms to ensure we have a strong foundation to support our platform, and the success we’ve seen with diverse store formats, speed of deployment, and a frictionless customer experience attests to the flexibility and maturity our product has achieved. We have deepened our partnerships with some of the world’s largest retailers that share a vision of innovation. With this latest round of funding, we’ll be able to scale our partnerships and launch customized stores in record time to bring us closer to our vision of using AI to simplify people’s busy lives.”

AiFi, which works with top retailers worldwide such as ALDI South Group, Carrefour, Compass Group, and Żabka Group, currently has the highest number of computer vision powered autonomous stores across the globe. The company’s technology is being used to deploy a diverse set of store formats including grocery stores, sport stadium canteens, convenience stores at universities, and more. AiFi’s camera-only solution does not require weighted shelves, which significantly reduces the deployment cost and time. AiFi leverages advanced tracking algorithms that can scale up to 10,000 square feet to support various shopper journeys such as an app, credit card, gated, or hybrid entry.

“In working with AiFi over the past year, we experienced their deep expertise in artificial intelligence and computer vision-based product recognition first hand, as well as their commitment to meeting ALDI’s needs. This successful collaboration led to the opening of the world’s largest checkout-free store, based on camera vision only,” said an ALDI South Group Spokesperson.

“AiFi shares our passion for industry-leading innovation. Their technology – combined with the power of Verizon 5G and MEC – hold great possibilities for the future of retail,” said Jeff Black, Managing Director at Verizon Ventures. “We look forward to supporting AiFi and their talented team.”

“As demand for autonomous retail grows and business intelligence continues to move from the cloud to the wireless edge, we are excited to support AiFi to help drive the connected intelligent edge,” said Carlos Kokron, Vice President, Qualcomm Technologies, Inc. and Managing Director, Qualcomm Ventures Americas. “We value AiFi’s innovative approach to edge-computing and look forward to accelerating the deployment of AI-powered solutions that further improve operational efficiencies and elevate customer shopping experiences.”

This funding news follows on the heels of a banner year for AiFi and its partners, with several notable achievements in the last eight months alone. AiFi powered one of the world’s largest contact-free, frictionless markets in London with ALDI South Group. The company launched a first-of-its-kind, 10/10 Flash concept store with Carrefour in France, and the first autonomous Carrefour City+ in Dubai. AiFi also recently expanded to NFL stadiums and music festivals, producing stores that reduced the average transaction and queue time by 50% and increased per cap sales by 170%. AiFi partnered with the European leader Żabka Group to deploy 28 Żabka Nano autonomous stores over the span of ten months, creating what is now the largest chain of autonomous retail stores in Europe. Most recently, AiFi worked with Compass Group to open Market x Flutter, Ireland’s first completely frictionless store. 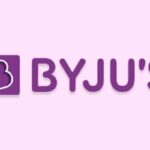 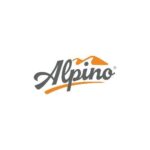