FuelBuddy Smart Refueller
India’s first and largest legal doorstep fuel delivery service provider, FuelBuddy, recently launched its services in the North-Eastern part of India. The expansion is backed by an Rs. 35 crores investment and promises an employment opportunity for 300 locals.  In order to streamline its operations across the seven sisters, FuelBuddy has partnered with Apna Pump to expand its presence across the North-Eastern region as well as amplify its footprint in the country.
With this expansion, FuelBuddy will initially cater to 15 cities,100 pin codes in North East India where consumers will be able to benefit from the platform’s 24X7 fuel delivery services through an on-demand app. The North East partner also signed up with FuelBuddy to deploy 100 smart refuellers on road over the next few months across all 7 North-Eastern states.
Neeraj Gupta, CEO, FuelBuddy states, “With this expansion into the picturesque region of North East India, we aim to bring doorstep delivery of fuel to all parts of India. We intend to make energy accessible to even the remotest of regions and help bring infrastructural strength to these places. The North East India is brimming with potential  and we hope to fortify the growth with our fuel delivery services that will cover the entire Indian landscape”
Arihant Jain, Partner, Apna Pump further adds, “By joining hands with FuelBuddy, we are elated to be a part of a coveted fuel delivery system that will improve fuel accessibility, especially in the regions of North East India. We are excited to be a part of this new launch and hope to enhance our services in partnership with FuelBuddy”.
The startup has raised Rs. 25.5 crore funding so far and recently acquired Bangalore-based on-demand fuel delivery startup MyPetrolPump, a venture owned by ANB Fuels Pvt. Ltd., and is eyeing geographical expansion aggressively. It is extensively growing its presence in India with existing operations in 55+ cities including Delhi-NCR, Bangalore, Hyderabad, and Pune.
As the first organisation to initiate fuel delivery services in India, FuelBuddy is among the market leaders and has already delivered more than 150,000 orders and more than 5 crore liters of fuel. For fuel procurement, FuelBuddy works in association with the three large oil marketing companies (OMCs), namely, Indian Oil Corporation Ltd, Bharat Petroleum Corporation Ltd, and Hindustan Petroleum Corporation Ltd. 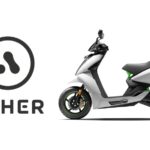