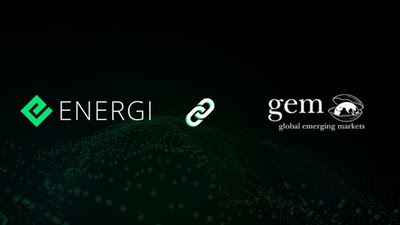 Security-focused blockchain, Energi (NRG) secures Investment Commitment for $50 million. This marks an important step forward for the organization which has until now sustained itself by self-funding, rather than having launched with a pre-mine or ICO. With this investment commitment, Energi is well-positioned to continue its growth and drive the adoption of its blockchain technology.

The commitment was led by the Bahamas-based GEM Digital Limited (GEM).

GEM Digital Limited is a digital asset investment firm. Based in The Bahamas, the firm actively sources, structures and invests in utility tokens listed on over 30 CEXs and DEXs globally.

Energi was launched during the bear market of mid-2018, and since then has rapidly built noteworthy technical infrastructure including innovative security protocols which disable criminal behavior, as well as multi-layer scalability. Energi is currently focused on launching their own NFT marketplace, which will be a major competitor to the likes of Opensea. While the problem of crime continues to worsen in the broader blockchain space – especially for NFTs, Energi is perfectly positioned for the market’s growth ahead.

Energi will use this new influx of capital to bolster the team behind its upcoming NFT marketplace and collections, as well as expand its other NFT-related products and services, build partnerships, and diversify its product suite.

“We are super excited to bring GEM into Energi, they are a powerful partner and will provide us enormous support for our upcoming NFT ecosystem!”.

Commenting  on the investment Tommy Rostami, CEO said “Tommy envisioned a blockchain-focused on user security and morally sound governance. His goal was to build Energi with the right foundations; being an eco-friendly blockchain with EVM-compatible smart contracts and scalable layer-2 technology built in. Under Tommy’s leadership, Energi has grown substantially, now boasting a team of over 100 talented individuals committed to bringing a safe blockchain experience to the world.” 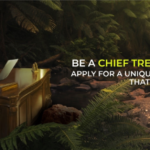 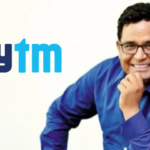