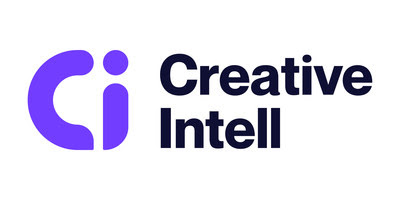 Creative Intell (CI) is developing a suite of patent-pending, AI-powered legal and educational tools that empower musicians and their teams to take control of their careers and make smarter deals. The company brings dealmaking into a networked environment, where contracts can be negotiated on platform by all parties in a seamless, secure, real-time environment. For attorneys working with top acts, Creative Intell reduces tedious, low-value work to free up time for higher value client issues. For millions of under-represented or under-resourced artists, Creative Intell will provide end-to-end legal solutions from drafting, negotiating, and signing, to data mining and reporting. Artists will have access to custom tailored legal documents and embedded educational experiences to help them understand how to use those documents. Creative Intell will help artists avoid typical industry pitfalls, and provide transformative education about where to find and how to protect revenue.

Almost every aspect of the music industry has adopted, embraced and been transformed by new technologies, from the music creation process to distribution and monetization, but dealmaking and educational tools have lagged.  “Everything in music has been democratized except for the legal process,” says Creative Intell co-founder, Steven Ship.  “For too long, artists have been left in the dark about how their deals are structured and function. It doesn’t need to be this way. All artists should have access to tools that help them understand the deals they are making.”

Creative Intell co-founder David Fritz adds, “As an entertainment attorney, I see first-hand the pain points that creators, managers and lawyers experience on a day-to-day basis. We are the first to apply AI to solve these issues, and are uniquely positioned to develop the tools that we know the industry needs and wants.”

“I’ve seen firsthand just how removed an artist can feel from basic legal terms which impact the rest of their lives,” says Mac Reynolds, entertainment lawyer and manager of Imagine Dragons and The Killers. “By combining access to concise teaching tools with powerful, intuitive contract-creating software, Creative Intell empowers artists to avoid bad deals and, more importantly, take control of their future. Gone are the days of keeping artists in the dark about their rights and options.”

Adds Dina LaPolt, whose firm represents worldwide recording artists such as Cardi B, Mick Fleetwood, and deadmau5, “It will be a game changer for the music industry. From a legal perspective, it’s comprehensive and incredibly effective. I fully expect to be using this every day to run our business more efficiently.”

Dr. Richard James Burgess MBE, who serves as President and CEO of the American Association of Independent Music, and has made a personal investment in Creative Intell, says “I expect this to be a big boon to independent artists, songwriters, and producers, many more of whom will be able to access effective deal-making tools thanks to CI.”

Bob Celestin, whose firm represents artists and estates such as 6ix9ine, Desiigner, Pop Smoke, and XXXTentacion says, “Being able to negotiate these deals in real-time with all partners on platforms is something that just hasn’t existed before.  It’s amazing how intuitive the AI functionality is when it comes to generating deal terms.” 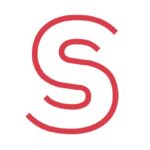