The investment commitment from GEM will allow SoMee to propel significant growth while allowing the company to fuel liquidity into its Hive-backed $SME token that users earn and trade via the SoMee.Social network.

Since SoMee’s platform utilizes blockchain technology, people using the platform see USD earnings shown on each post that are based on the current value of the $SME & $HIVE tokens that users of the platform earn when “liking” or posting content on SoMee or any HIVE-based application that utilizes SoMee’s posting data.

SoMee has already announced several partners, one of whom has 70M wallet holders and plans to share SoMee with their entire user base.  Another partner just announced is Hawke Media, which will be managing SoMee’s influencer program that will allow participants to earn referral commissions.

SoMee is officially launching in the Apple (iOS) and Google (Android) app stores toward the first of September 2022 and already has a web application available for use online at SoMee.Social.

On the tech side, SoMee uses Amazon Web Services (AWS) hyper-scale technology that has the capability to support rapid user adoption, and it’s blockchain, Hive, has been battle tested for 5+ years with millions of users and boasts three second block times.  SoMee does not hold private keys and puts users in full control of their platform earnings. 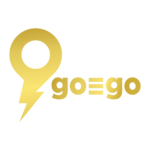 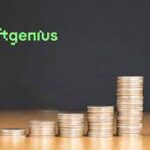