Machine learning offers immense opportunities for businesses, yet the development and launch of ML models is a time-intensive and complex process for software engineers, ML engineers and data scientists. As a result, almost 90% of ML models do not end up in production. For the models that make it to deployment, 50% fail due to absence of monitoring systems and 30% have to be reverted due to scaling and latency issues that are often overlooked during the data training stage. While large companies can bridge this gap by deploying large, high-end ML platform teams to design and launch ML models, it is less feasible for smaller companies and startups to commit such high investments while building their companies.

TrueFoundry aims to automate repetitive tasks in the ML pipeline such as infrastructure and deployments so data scientists and ML engineers can focus on higher-value, more creative tasks. This enables businesses to continuously upgrade existing models and release new ones to gain a competitive edge.

“TrueFoundry was born out of the idea that no business – big or small – should miss out on the opportunities of machine learning. With our automated platform, data scientists and engineers are able to deploy machine learning models at the speed and maturity of big tech, cutting their production timelines from several weeks to a few hours. Data is the new oil, and we want to enable companies to use machine learning faster and generate greater business value. Our investors and team share the belief that TrueFoundry is paving the way for innovation that will propel businesses for the future ahead, and their participation in our pre-launch funding is a great testament to that,” said Nikunj Bajaj, Co-Founder and CEO of TrueFoundry.

From Amazon Web Services (AWS), Google Cloud and Tensorflow to Kubernetes, TrueFoundry is platform agnostic and easily integrates with your existing stack for seamless implementation. ML developers need less than five minutes to put models into production as hosted endpoints along with auto-scaling and monitoring dashboards are automatically available from the get-go. TrueFoundry’s platform enables ML teams to be 10x faster as a result.

Headquartered in the USA, TrueFoundry was founded in June 2021 by Abhishek Choudhary, Anuraag Gutgutia and Nikunj Bajaj. Abhishek and Nikunj are experienced software and ML engineers who have witnessed, built and scaled large engineering systems to drive product excellence at Facebook. During their time at Facebook, the co-founders recognized that smaller companies in-market required a significantly longer time to build and deploy machine learning models as compared to big tech companies. This led to the founding of TrueFoundry which automates repetitive tasks in the ML pipeline to accelerate ML deployment and live endpoint monitoring.

Nikunj attained his Master’s degree in Computer Science from the University of California, Berkeley and comes with deep experience in machine learning deployment and infrastructure implementation as ML Tech Lead at Facebook and Reflektion. After completing his education at IIT, Abhishek led projects as a software engineer at Facebook, eventually leading the Videos organization. Anuraag was a member of the CEO office and Vice President of Portfolio Management at WorldQuant. He is also an angel investor in over 22 startups. Abhishek, Anuraag and Nikunj are undergrad batch-mates from IIT Kharagpur. They also cofounded EntHire, an AI-based recruitment platform acquired in 2021 by Info Edge.

Surge 07 is currently in progress and founders are going through a 16-week hybrid program. Past speakers and mentors in the program include Siu Rui Quek (Carousell), William Tanuwijaya (Tokopedia/GoTo), Chatri Sityodtong (ONE Championship) and Doug Leone (Sequoia Capital). 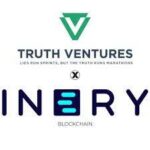 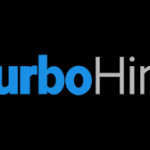