The recently launched NFT platform for exclusive Bollywood content, BollyCoin, announced that their first collection of NFTs from the Dabangg film franchise is now live. The project, co-founded by producer and actor Atul Agnihotri, has partnered with Salman Khan Films, Arbaaz Khan Productions, Sohail Khan Productionz, Reel Life Productions and Salman Khan himself for static NFTs. They aim to bring Bollywood to the blockchain by giving fans an opportunity to invest in iconic Bollywood memorabilia like sequences, dialogues, posters, collectables and character art.

Dabangg is the 4th largest movie franchise in the history of Indian cinema with a total box office of Rs. 439 Cr. From all three Dabangg films, there will be 200 unique NFTs to ever be created. From the 200, there’ll be a total of just 42 actual movie scenes from all three films sold as NFTs. For the first time in history, an actual movie scene can be purchased, owned and traded as an NFT. The other NFTs are in the form of art like the BollyBitz inspired by the CryptoPunks bit style, signed posters and other iconic media.

The Dabangg NFT Collection is divided into four parts. The first third of the first part, which is one of eight drops, included nine scenes consisting of Sonu Sood dialogues and sequences. These sold for 16 ETH ($60k). 10 BollyBitz NFTs sold for 7.19 ETH ($27k), totalling roughly $87k. At this rate, it’s possible this NFT collection will be the biggest NFT collection launched from India so far. BollyCoin’s intention is to be India’s biggest NFT platform soon.

The Dabangg NFT Collection’s drops will end in February. They are starting with featuring the villains of the films, will then move on to the heroines, then the family characters and finally to the legendary Chulbul Pandey, played by Salman Khan. BollyCoin’s strategy is to launch eight auctions within this collection which will build up to the final Chulbul NFTs that will hold the highest value.

On the 25th of December, Salman Khan had tweeted sneak peeks of some of the NFTs that will be a part of the collection:

“The Dabangg films are so legendary, and so it seemed like they would be a perfect choice for our first NFT collection. We’re very excited for the community to finally see what we have in store,” said Spokesperson and Co-founder of BollyCoin, Kyle Lopes. 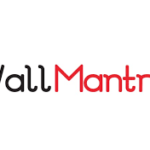 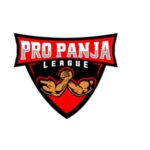