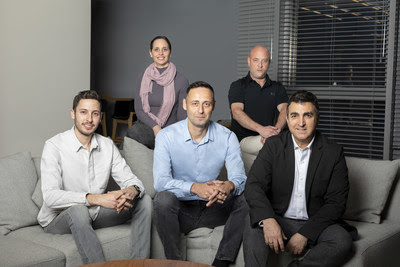 The Israeli digital health company CVAid Medical, which has developed a platform based on artificial intelligence for diagnosing and treating cerebrovascular accidents (CVAs, or strokes), has announced the completion of capital raising from Philips together with Sanara Capital. The Israeli Rad Biomed investment fund led the capital raising.

The CVAid solution provides an answer for one of the major problems in the treatment of stroke, which is the difficulty in quickly and accurately diagnosing a CVA and providing the patient with the appropriate treatment during the critical minutes. For the first time, CVAid’s platform allows the medical team to perform a neurological examination based on a video recording and recording of the patient’s voice using a smartphone, and to process the image and voice data sent to the company’s cloud server. Using unique algorithms and artificial intelligence (AI) developed by CVAid, the technology enables analysis of the data in real time, and comparison with the medical records stored by the company. This provides the triage clinician with a tool for immediate diagnosis, with a high degree of accuracy, of whether the patient has had a stroke and definition of its severity.

In addition, analysis of the data also gives the clinician a set of tools for making quick decisions regarding the actions required to treat the stroke, dramatically improving the speed and quality of providing treatment. In this way it is possible to considerably reduce the potential damage that may be caused to the patient as a result of the stroke, improve the chances of recovery and return to a normal life where possible.

The CVAid solution also accompanies the patient in the longer term, by following up and monitoring progress, providing data on the rate of recovery, and detecting deterioration that may lead to another stroke (about a quarter of all patients will have another CVA within years of the first incident).

CVAid was established in 2018 by a group of entrepreneurs who combine business, tech and medical expertise, including the company’s CEO, Oren Dror, and Danny Farin, who serves as an executive chairman. Farin, a serial entrepreneur, previously founded and led Eon Surgical, which developed an innovative system for micro-laparoscopic surgery and was sold in 2013 to Teleflex Medical (NASDAQ: TFX). He currently serves as CEO of Perflow Medical, which has developed an innovative technology for blood clot removal by mechanical thrombectomy, and was recently acquired by a big private equity fund.

The group of founding entrepreneurs also includes Nadav Eichler, who serves as Chief Technology Officer (CTO), Dr. Rotem Sivan-Hoffman, senior physician and director of the radiology department at Meir Medical Center, and Dr. Shmuel Raz a scientist and inventor. Until now, the company has carried out a seed capital raising of $500,000 from private investors, and additional support has been received as a grant from the Israel Innovation Authority.

Oren Dror, founder, partner and CEO of CVAid Medical, says that “This successful investment round signals a major vote of trust in CVAid’s ability to generate a revolutionary change and become the “visual ECG” of cerebrovascular accidents. Joining up with investors of this magnitude will allow us to significantly accelerate our strategic plan, which includes completing regulatory processes with the FDA and CE, continuing clinical research, and recruiting additional first-rate personnel to the company to expand our groundbreaking development center in Israel.”

Assaf Barnea, CEO of Sanara Capital, says that “CVAid has made impressive leaps since we first met a few years ago. The field of neuroscience in general, and the diagnosis and treatment of the brain in particular, is one of the most developing fields in medicine in recent years and we will be happy to help the company with Sanara’s global network of contacts with hospitals and other medical leaders of opinion promoting groundbreaking medical innovation like CVAid.”

CVAid’s platform also allows non-professional staff, such as in retirement homes, nursing homes, or family members, to film the patient when there is fear of a stroke – and in the event of a positive diagnosis, to perform a rapid evacuation process and put the medical staff on alert. This enables remote diagnosis, control and management of patients suspected of suffering a stroke at a very early stage, and coordination of the evacuation and transfer of the patient to the appropriate medical center, as well as preparing and readying the medical staff in advance immediately upon arrival of the ambulance to the hospital.

To date, the company has conducted clinical trials at a number of hospitals in Israel and Europe, and examined hundreds of patients. The results of the system reach an accuracy rate of about 90% in the ability to detect a stroke and its severity.

According to World Health Organization data, the rate of cerebrovascular accident today is about 15 million a year, of which 850,000 occur in the United States. Out of all these cases, only 10% of patients receive prompt and correct treatment according to their condition. 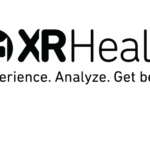 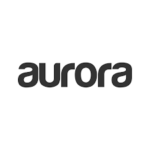