Founded by developers behind genre-defining franchises like Warcraft, Diablo, Magic: Arena and Guild Wars, One More Game is on a mission to help players have more fun.

One More Game, a new game studio built by veteran developers behind Warcraft, StarCraft, Diablo, and Guild Wars, today announced that it closed a $22 million Series A funding round led by Lightspeed Venture Partners. The investment will further empower the team in its mission to help players have more fun, beginning with its first title: Spellcraft, an online competitive strategy game that aims to birth a new game genre.

Joining Lightspeed in the round are Griffin Gaming Partners and Andreessen Horowitz, who previously led the studio’s seed round. Other participants include Animal Capital, Cleo Capital, and several individual investors.

“It’s an energizing opportunity to build a game — and a studio — from the ground up, bringing all of the lessons we’ve learned and the convictions we’ve come to hold over our many shared years creating games,” said Patrick Wyatt, co-founder and CEO of One More Game. “We’re heartened to have such a distinguished and supportive team of investors who have put their faith in our team, the potential of Spellcraft, and our vision for future titles.”

“Pat Wyatt and Jamie Winsor are a killer founding team as gaming establishment meets next-gen gaming, with Pat’s nine years at Blizzard launching Battle.net, multiple iconic games, and then co-founding ArenaNet, and Jamie’s history at Riot Games and ArenaNet,” said Amy Wu of Lightspeed. “We at Lightspeed are thrilled to be part of the journey.”

Since its formation in 2019, the studio has been in development on its debut title, applying its novel Alpha-driven development approach to rapidly iterate on gameplay with feedback from real players. The unannounced game has been operating as a live service with regular playtests for a small group of players since late 2020, with details and expanded playtest opportunities forthcoming.

“One More Game’s vision for the evolution of competitive gaming is something that immediately resonated with the Griffin team,” said Peter Levin, Managing Director of Griffin Gaming Partners. “We are elated to join them on this journey & equally excited to see the community reaction to their first game.”

“The vision and depth of experience embodied by One More Game’s founding team inspired us to spearhead the studio’s seed round,” said Jonathan Lai, general partner at Andreesen Horowitz. “Since then, they’ve made great progress realizing that vision and growing their team of developers, and we can’t wait to see them deliver games that players love.” 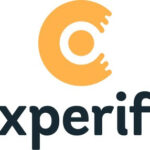