In a pre-seed fundraising round, ITO Angel Network (JAN), India’s only global community-based Angel network, funded an undisclosed amount in observability platform KloudMate, continuing with its vow to help India’s start-up ecosystem from the very early stages of its development.

“Our commitment to back early-stage startups solving real problems has found a home once again as we invest in KloudMate. Kloudmate’s unique solution, vision of its founders and its overall business structure is what drew us to the startup,” said Pooja Mehta, CIO, JITO Angel Network. “We are as much confident of its success as a tech. solutions provider, as we are excited in starting this new journey with them.”

Pranab Buragohain, Co-Founder, KloudMate said, “Serverless and Microservices architectures are rapidly growing technologies of the future. KloudMate (backed by 100X.VC), with its observability and machine learning capabilities, aims to solve some major challenges that these frameworks pose to developers. The company will use the funds to further develop the platform and rapidly scale it, over the next few months.” 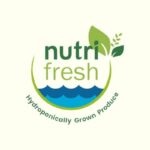 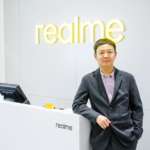