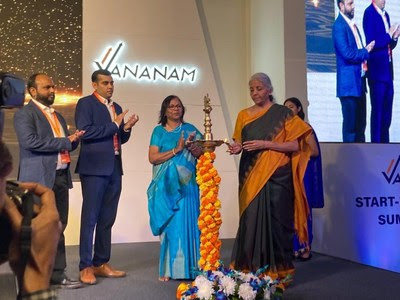 Vananam Ventures Pvt Ltd, a Bengaluru- based alternative investment platform, held a Start-Up Inclusion Summit on Saturday, Nov 26, where the Honourable Minister of Finance and Corporate Affairs, Government of India, Smt. Nirmala Sitharaman was the Chief Guest. She appealed to the start-ups to focus on climate change and farming solutions.

Addressing the national-level summit organised by Vananam to promote inclusion in the start-up ecosystem in India, she said, “Atmanirbhar Bharat is not just for defence or strategic matters, food security or manufacturing areas. It is also self-sufficiency to be able to transition to a better climate in India.”

She urged the start-ups and investors to look beyond fintechs, Software as a Service start-ups, and also give importance to less glamorous areas such as climate change solutions, improving the conditions of farmers and millet production.

“You have already touched upon defence production, renewable energy, nuclear space, satellites, space technologies, etc. I’m asking you to explore some of those less glamorous areas as well,” she added.

Emphasising on climate change solutions, Sitharaman said, “More and more innovations for dealing with climate and climate change are going to be absolutely precious. Climate issues have a direct bearing on farming as well as on the supply chain in the country.”

“The challenges that emerge out of unpredictable climatic conditions have a bearing on agriculture, urban living, water management, disaster management, construction of houses, industries, and national security,“ she added.

The finance minister cautioned that if the issues related to climate change are not addressed, then it will cost a lot to the Indian economy, which will not be affordable to all. “The across-the-board damages that adverse climate and weather conditions can create is going to be big for any country to subsume, absorb or take on board,” she warned the gathering.

Elaborating on the gravity of the situation, she said, “The rainfall that used to happen in the entire monsoon season is now being witnessed within a couple of days, which no city or rural area can handle. All these are making farmers rethink about how they’re going to be ploughing, sowing, readying the land and also looking at when the crop is going to be coming for harvest.”

She added that people can see farmers trying to change their cropping patterns. The sowing of seeds is being pushed further due to the unpredictable monsoon months.

Further, she said, “Karnataka is one of the biggest producers of diverse varieties of millets and the United Nations General Assembly had declared the year 2023 as the International Year of Millets. Millets offered a way of healthy eating, especially for the urban population. There are plenty of opportunities for start-ups, including helping farmers realise better prices for their millet produce through value addition.“

Making further important announcements at the Vananam Summit, Ms. Sitharaman said, “India would be chairing the G20 summit and one of the sessions involving the Finance Ministers and the Central bank governors would be held in February in Bengaluru.“ 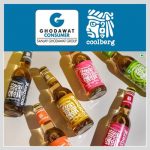 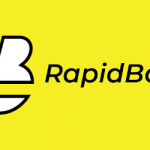